Hello, I'm Joel, the game designer for this game!

I'm going to recount the design/production process about this game 'Hemocchio' (Hemo-Pinocchio). This game was made in two weeks for the 2021 July Spooky Game Jam.

We Started by pitching many ideas and then voting on what we wanted to develop with the theme 'reassembly'. Ideas such as:

The core engine essentials (title, pause) were set up, and concept art was completed within the  first few hours. The art style of low poly, low texture resolution with modern PBR shading was chosen so we could make more in the time we had.

Around this time our artist had medical issues with his eyes so our modeler took on full asset production.  Aside from the usual many engine bugs and issues production went smoothly. With the limits on our asset output the scientist was changed to a robot chimera with no limbs to be easier to animate and save time. A local church let us use the hall to work in, as with covid19 the services had stopped and the space was unused. They allowed us to use their recording set up to make sounds, so there was a day of smashing, and slime making, this is where our audio assistant joined us in helping out.  We struggled with the pacing and many puzzles were scrapped late development as they were tedious and not very scary, they were also very busy.

I'm already aware of bugs being reported that haved shown up, maybe I can squeeze in a 1.1 update addressing these.  (Silent Lightbulb, No bullet collision...ect).

We've had a lovely audio artist join the team on the last day after the 1.0 launch wanting to make the ambience music for the game! I just two hours he made the  amazing track you hear in the game! Multiple bugs fixed too!

Fixed some typos, refined some sound effects and tweaked the body part physics to be a bit less glitchy. We also added a menu button to show off some of the concept artwork!

Anyhow, I hope you got a least a little scared from the game! 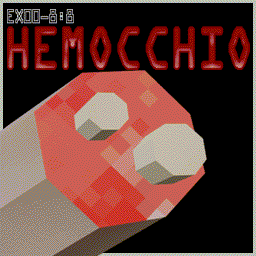